The Offline Application Starting Date is July 2022. Indian Army, Military Hospital Ahmednagar Has Been Published in New Vacancy. You Can Apply for these Vacancy Offline.

The educational qualifications, experience, and other requirements for recruitment are given below.

How to Apply for MH Ahmednagar Group C Recruitment Vacancy?

What is the MH Ahmednagar Full Form? 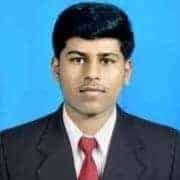 Hey, I'm Vishal Narayan Baste. I'm a blogger and web designer. I have done many courses in different fields like Computer or Commerce Field. I love Programming and Writing.